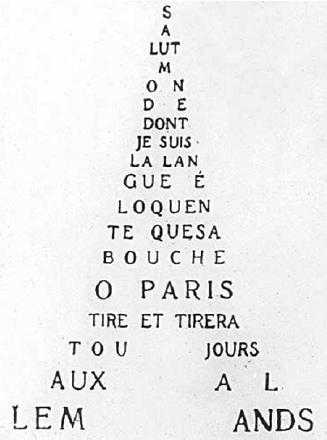 I like writing under the constraint that every sentence be something you could conceivably say out loud to a friend. With effort it’s no less expressive than academic-sounding phraseology.

‘Course no constraint you’ll ever chance to see need hinder one’s expressive-osity. Say, strict pentameter, iambicly. [1] Or writing without that most common non-consonant — you know which glyph I’m thinking of! [2] Or you could write with no use of a word that takes two or more claps when you say it like a grade school kid who wants to sound out where to put each dash, to break it up in chunks. [3] Or writing using only the ten hundred most used words. [4]

(Another fun one is the opposite constraint: Communicating exclusively with terms unintelligible to typical members of an elementary school demographic. Also surprisingly practical if you have your own offspring. Unlike with spelling — which doesn’t help much past kindergarten anyway — said scions are wholly unaware of the clandestine missives flying above their craniums.)

In his tome on language and translation and constraints, Le Ton Beau de Marot, Douglas Hofstadter claims that “the welcoming of constraints is, at bottom, the deepest secret of creativity.” I don’t know about the deepest secret but constraints do seem to paradoxically amplify creativity. Even simple constraints like wordcount limits make my writing better. It’s usually not worth the effort to adhere to a difficult constraint like rhyming. But the constraint of “must be something you could plausibly say out loud to a friend” is not so hard. Still surprisingly hard though, if you’re in the habit of academic writing. In any case, I bet the bulk of the effect is being forced to consider and reconsider every word you write. A commitment device for not getting lazy and rambly.

The point is, constraints are valuable for writing and the out-loud-to-a-friend constraint probably has inherent advantages as well, like making your writing tolerable to actually read.

[1] This footnote originally apologized for not knowing how to say “iambic” in iambic pentameter, thus belying the whole “no less expressive” claim. But I persevered and proved the point in the end!

[2] Excerpt from the lipogrammatic novel(!) Gadsby:

Now, any author, from history’s dawn, always had that most important aid to writing: an ability to call upon any word in his dictionary in building up his story. That is, our strict laws as to word construction did not block his path. But in my story that mighty obstruction will constantly stand in my path; for many an important, common word I cannot adopt, owing to its orthography.

Or see the hovertext on the above links, and #5 in the related reading, for more examples of my awkward attempts.

[3] Writing that sentence now has me even more in awe of #6 in the related reading above.

[4] This was inspired by a brilliant xkcd about the Saturn V rocket. That in turn inspired the Upgoer Five Text Editor. Fun fact: I wrote the first part of the script for Beeminder’s very literal Explain Like I’m Five using it. See also #3, #7, and #9 in the related reading above.